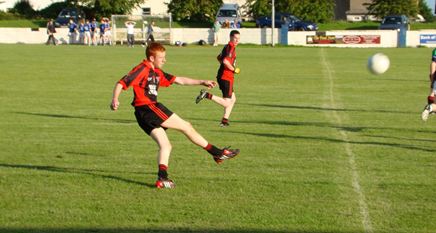 Davitts U-16 team played Crossmolina in Ballindine on Tuesday in the county championship and produced their best performance of the season to win by 1-15 to 2-5. Davitts trailed by a point at half time, 1-3 to 0-5, but came out all fired up for the second half to overwhelm their visitors. Matthew Trench was the Davitts goalscorer after great work from Padraig Mangan and Cathal Hennelly. Midfielders Liam Noone and William Freeley were in terrific form throughout with Noone scoring an impressive nine points. In defence, Thomas Charles, John Huane and Shane Cummins excelled, while up front Tommy Waldron, Matthew Trench and Michael Clarke were superb.