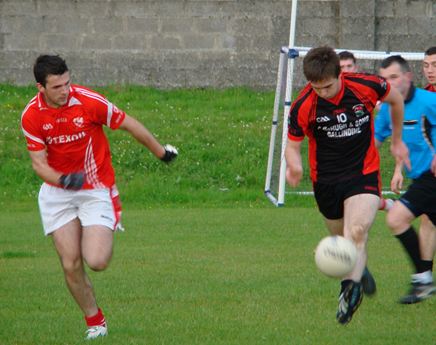 Josh became an important attacker on the senior team this year before an ankle injury forced him to take a break. Before that he starred for the U-21 team with a string of terrific displays to claim the County C title and is sure to feature prominently on the County U-21 team next year. He was also a member of this year’s Mayo Junior panel. A strong running player who is deadly accurate with both feet makes him an extremely difficult opponent for any defender.

Josh is a former All-Ireland Scor na nOg recitation winner and says he wouldn’t rule out a career in acting when he quits playing football. His housemate and Davitts U-21 teammate Tommy Clarke (a keen movie buff) reckons that Josh could easily emulate Hollywood legends such as Will Ferrell, Jim Carrey and Ben Stiller. It is rumoured that he turned down a role in Fair City recently.