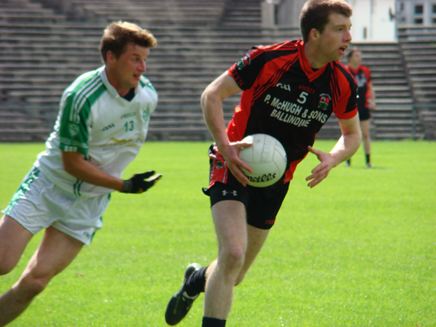 Excellent attacking half back whose injury in last year’s county U-21 final probably cost Davitts the title. Played a big role at number 5 in the Intermediate team’s march to Croke Park last season. Working away this season has limited Johnno’s playing time on the Senior team but he contributed greatly to the Junior side reaching the County B Final in which we went down narrowly to Charlestown. Johnno is a great reader of the game who loves to go forward and usually gets onto the scoresheet.

Johnno is a big fan of classical music with Bach and Wagner among his favourite composers while Ear To The Ground, The Truth About Tractors, Saved By The Bell and Babestation are his favourite TV shows.