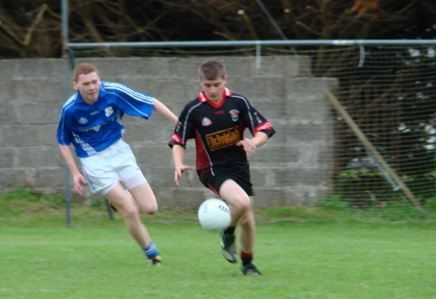 Davitts minor team put on one of the guttiest displays the club has ever produced, to defeat Kiltimagh by 2-3 to 0-7, in McHale Park on Sunday, and set up a memorable double with the intermediate team on a day that will long be remembered by everyone in Ballindine and Irishtown. Davitts, playing with the assistance of the strong wind in the first half, appeared to be in big trouble at half time, as the sides were level, and Kiltimagh looked certain to win, but Davitts put on an unbelievably brave second half performance, to win the game, to the delight of the massive Ballindine/Irishtown contingent present.