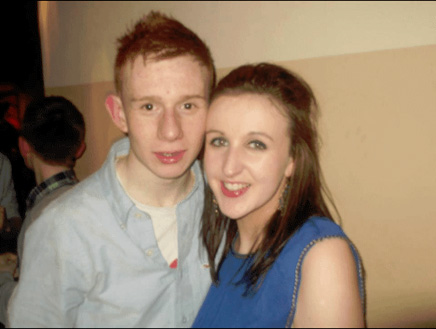 The youngest couple taking part in the Mr. & Mrs. Competition are none other than Thomas Waldron, following in his father’s footsteps, and Lisa Bourke, daughter of the proprietors of Bourkes, who must stand a great chance of winning. Thomas is a star player for Davitts, St. Colmans College and Mayo Minors, and is sometimes called Romeo by his teammates. Juliet, sorry Lisa, is allegedly the driving force behind Thomas success on the football field, and she is hoping to inspire him to pulling off the big one in front of an excited audience. Thomas said “As long as we do better than Pete Warren, Ronan Mac, Disco and the auld pair I will sleep happy”. Lisa’s only comment was “A big crowd and I will be happy”.