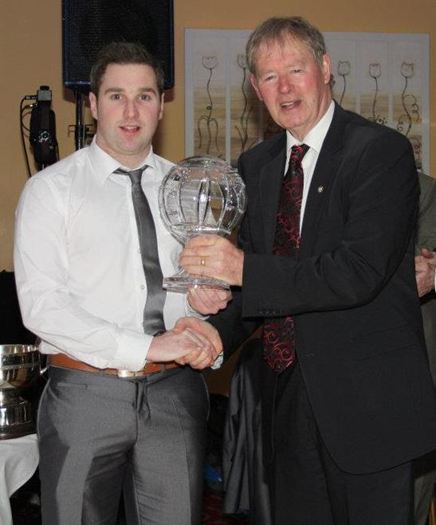 For anyone who has not seen this week’s edition of the Mayo News there is a small piece in the Sports Section in which Davitts Captain Michael Conroy reveals his take on who’s who amongst some of his club colleagues. The following is quoted directly from the paper [anything in brackets like these are our own comments!]:

That would probably be me. Or is self-praise no praise?!

[Good man Mike, off to a flier. The words ‘broken’ and ‘record’ spring to mind!]

Colm Boyle. Never gives up, never lets up. Lives in the gym.

Pat Coyne. At his age, he has to watch himself.

Luke Ronayne. What’s the story with those cowboy boots?

[You could be experiencing one of them boots up close and personal after that comment!]

[Or the odd Liverpudlian..!]

[Wha? Tut tut, poking fun at someone who has a website at his disposal. Not your brightest idea Mikey!! More to follow…]

I’d be in the shake-up, but Mark Diskin is a great man for a story.

Best with the media:

I’ve been known to wax lyrical myself but I’m also prone to the odd blunder. ‘Dowie’ McDonagh is pretty smooth too.

[Not too sure about you waxing lyrical, but rumour has it that you are fond of waxing…(I won’t say what; this is a family friendly website afterall]

Kevin Gallagher. He lets his football do the talking.

Best with other sports:

Paul Carey is unstoppable after a couple of brandies.

[Currently in negotiations for next season’s Strictly Come Dancing]

Carlos O’Gara’s BMW and Carey’s Audi are hard to seperate. But I’ll go for O’Gara because he’s got a car to go with his name!

Longest in the shower:

Dave McDonagh is always in there half the day.

Best man to repeat himself:

Pete Warren. The man is obsessed with discipline.

[And look at where it is landed us!]