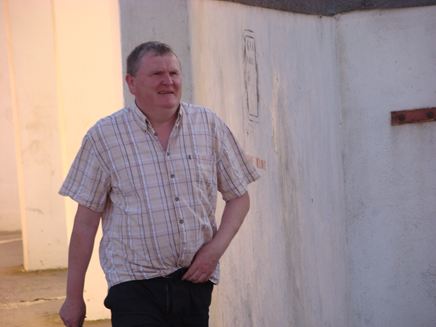 The intermediate team hosted Kilmaine in the O Mara Cup on Saturday evening, and the teams played out a draw in a game of poor quality. The teams were level 0-7 apiece at half time and the final scoreline was Davitts 0-12, Kilmaine 1-9. Davitts best players were Kevin Gallagher, Tommy Mitchell, Colm Boyle, Shane Mitchell, Aidan McTigue and Liam Kearns.

Burkes in Irishtown hosted the social event of the year when Michael Waldron (affectionately known as Wally), pictured left, celebrated his 50th birthday in style on Saturday night. Wally, the current manager of Davitts junior team, and multiple winner of the clubs prestigious Clubman of the year award, is an immensely popular character in the Ballindine/Irishtown area and indeed much further afield. He is a former referee and is Davitts number one linesman, umpire and presto seller, together with his partner Michael Hynes. The huge crowd that attended his party is testimony to his popularity. Happy birthday Michael from all at Davitts GAA club.