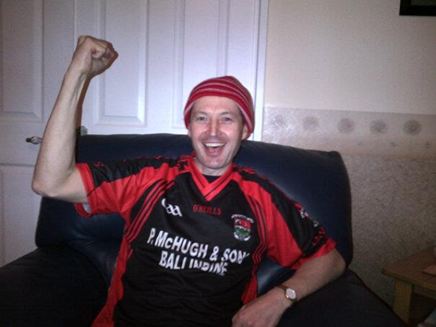 When the President of the GAA, Liam O Neill, announced the Football Review Committee last week, to be chaired by Eugene McGee, it included Irishtown native and former Davitts player, Kevin Griffin, who will act as Secretary of the Committee.

Kevin played at all grades for the club, usually as a midfielder, and represented Mayo at underage level, until immigration robbed us of his services in the late 1980’s. Kevin now works in UCD but keeps a close eye on the progress of his home club of which he is still a member (who’d have guessed it judging by this photo?!). Davitts GAA Club wish Kevin the best of luck in his new role.

The full Football Review Committee is as follows: