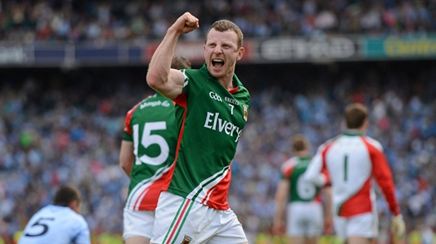 Colm Boyle has been nominated for the TG4 Cúl ná Bhlian, which will be shown on (you guessed it) TG4 on Christmas Day. His goal against Kerry in the League Semi Final showed skill, strength and determination so it is no surprise to see it nominated. There are some top class goals in this year’s football section, so fair play to Boyler for making it to the shortlist.

Incidentally, this goal was actually Boyler’s second best goal in 2012. His goal in the dying minutes against Breaffy a few weeks ago was easily better. But unfortunately due to funding cutbacks, TG4 did not have cameras in Breaffy that day!

To vote for Boyler’s second best goal of the year visit: