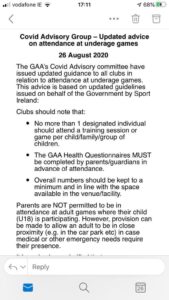 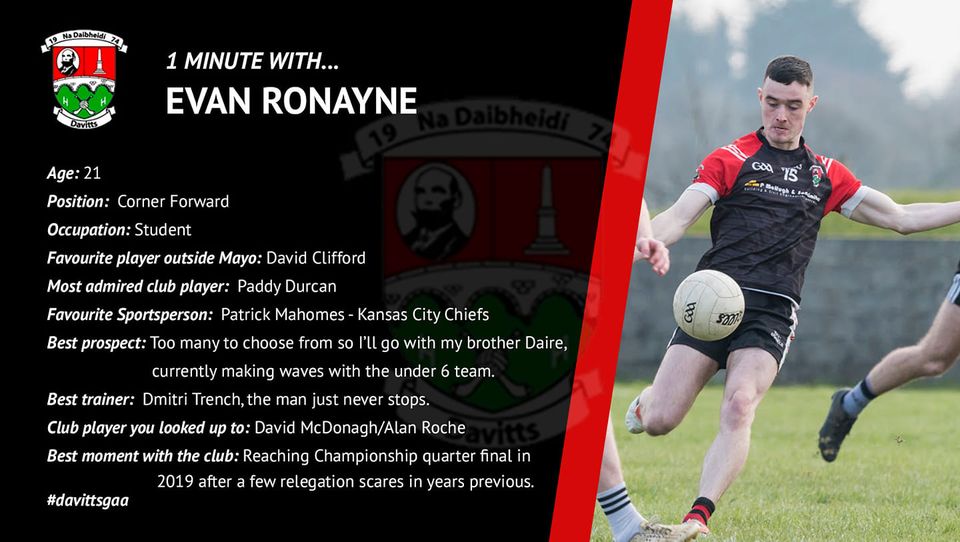 Davitts U-16 team were defeated, 1-15 to 0-8, by a very strong Ballinrobe side in the South Mayo U-16 A Championship in Ballindine on Tuesday evening. The soft underfoot conditions made it difficult to play but credit to both teams for a fine display of football.

Wind assisted Ballinrobe led by 0-4 to 0-1 after the first quarter with Cathal Corless getting Davitts point. Ballinrobe scored the game’s only goal in the 18th minute and they added five points to lead by 1-9 to 0-1 at halftime.

Davitts best period came in the third quarter when they really took the game to Ballinrobe with Sean Keadin, Cathal Devane, Cathal Corless, Jack Melvin, Bon Glynn and Dylan Gallagher to the fore. Points from Dylan Gallagher (2) and Cathal Corless (4) narrowed the deficit to seven points, 1-11 to 0-7, but the second half water break broke their momentum.

Ballinrobe, as in the first quarter, outscored Davitts by 0-4 to 0-1 in the final quarter as they remain unbeaten in this competition.

A big thank you to Pat Kearns and Celtic Water Solutions who sponsored water bottles for our U-14 squad. 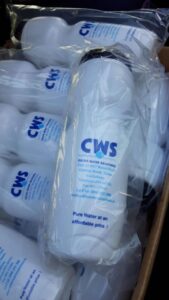 This week’s Presto Result:
Numbers drawn were 7, 17, 28, 35.
The Jackpot was not won.
The following players won €50 each:
Stella Huane won 2 x €50
Michelle Cosgrove, Ballindine (online)
Angela Glynn, Claremorris.
The Jackpot will be €9,900 for next Sunday night’s draw.
To play online click on the following link:
https://play.clubforce.com/play_newa.asp?ll_id=120#Anchor

Ballintubber ended Davitts participation in this year’s Mayo Senior Championship with a comprehenisive 1-16 to 0-5 victory in Saturday’s match between the two sides played in Ballinrobe.  The very experienced Ballintubber side showed why they have won the last two County titles and will be hard stopped as they bid for three in a row.

Playing against the wind in the opening half, Ballintubber quickly got into their stride and had shot six points before Ronan McNamara opened the Davitts account in the 14th minute. Evan Ronane (2) and Jack Ronayne fired over three points before the half time whistle as Ballintubber led by 0-10 to 0-4 at the break.

Cathal Hennelly opened the scoring in the second half with an early point but Ballintubber were in no mood to relax as they dominated the remainder of the half. The Davitts defence were under severe pressure but the whole team worked tirelessly as Ballintubber eased their way into the quarter final. Davitts young side made their opponents work hard for every score and retained senior status, avoiding the dreaded relegation play-offs due to a two point superior score difference to Moy Davitts.

This week’s Presto Result:
Numbers drawn were 12, 20, 21, 33.
The Jackpot was not won.
The following players won €50 each:
Michelle Cosgrove, Ballindine (online)
Darina Daly, Claremorris (online)
Amy McGrath, Irishtown
Nicola Waldron, Irishtown
The Jackpot has risen to €9,800 for next Sunday night’s draw.
To play online click on the following link:
https://play.clubforce.com/play_newa.asp?ll_id=120#Anchor

A very strong Claremorris team got the better of Davitts in the South Mayo Junior Championship in Ballindine on Sunday. The final scoreline was 3-20 to 1-10 as the visitors powered away in the final quarter of the game.

Claremorris led by 0-8 to 0-5 at halftime with Niall Treacy (2), Liam Kearns, Tommy Clarke and Shane Treacy on target for the home side. A well worked Davitts goal in the sixth minute of the second half, with Donie Ronayne providing a clinical finish after great work by Shane Treacy and Keith Prendergast put Davitts in front but Claremorris replied well and converted a penalty two minutes later to regain the lead. Claremorris didn’t look back after this and added on several scores in the final quarter as they assumed full control of the game.