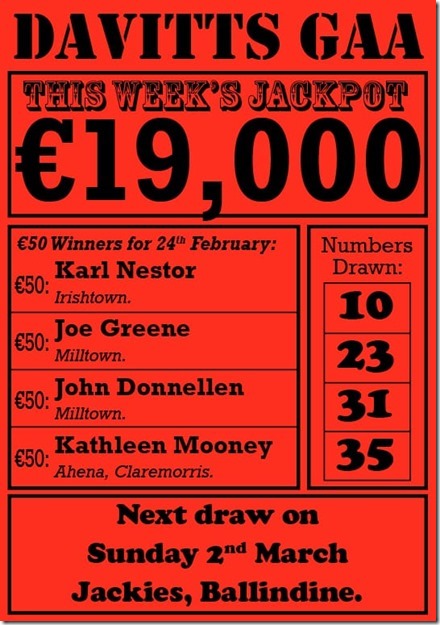 Thanks to Jimmy and all the other businesses who have purchased signs which will be erected before the first Senior League home game on April 6th/7th. 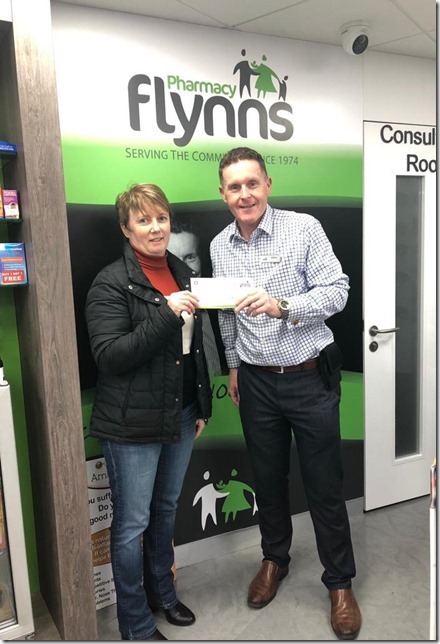 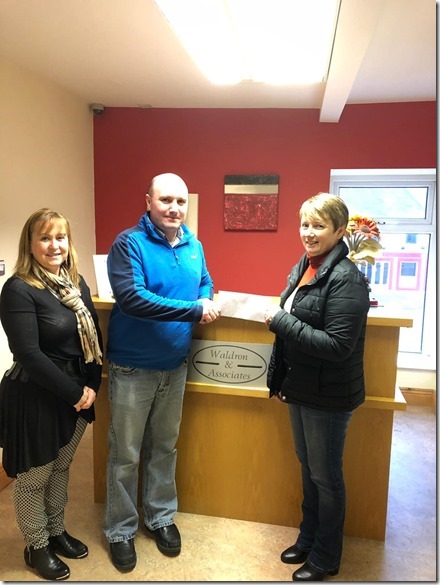 Many thanks to Declan Marley of Tuam Heating & Plumbing for the sponsorship.

Declan Marley is presenting Michael Waldron with the cheque. 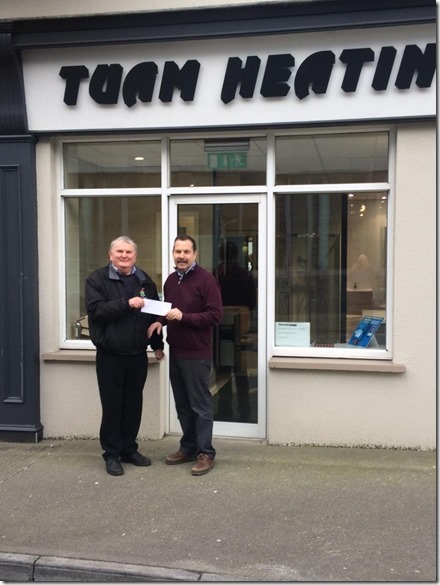 The Senior League’s begin with Round 1 on 30th/31st March. Round 2 is on 6th/7th April. The following is the order of League games for our two adult teams. 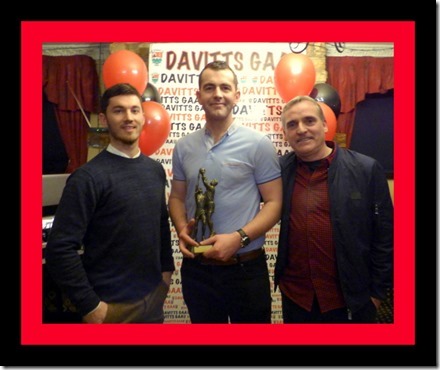 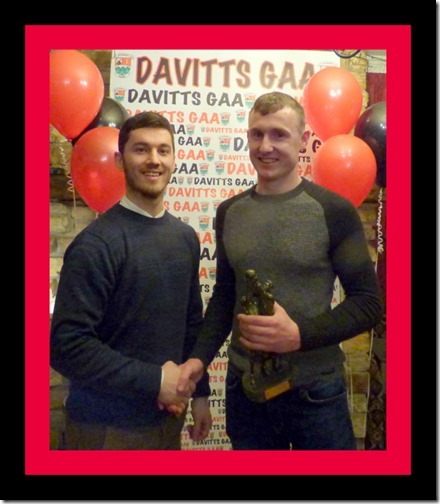 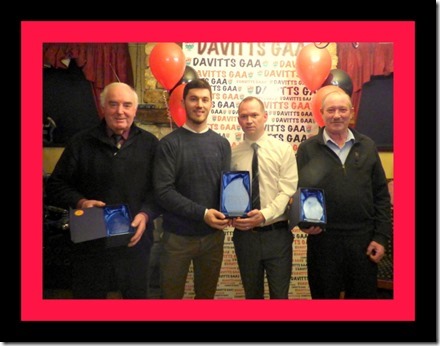 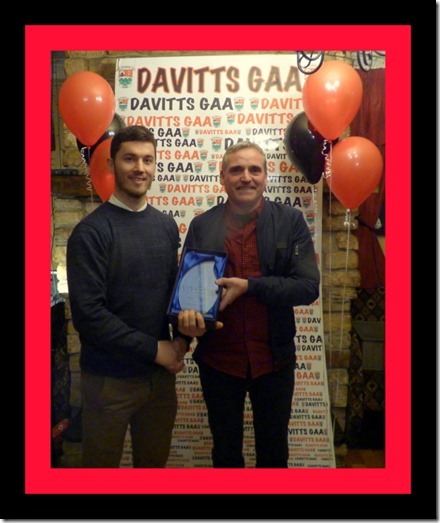 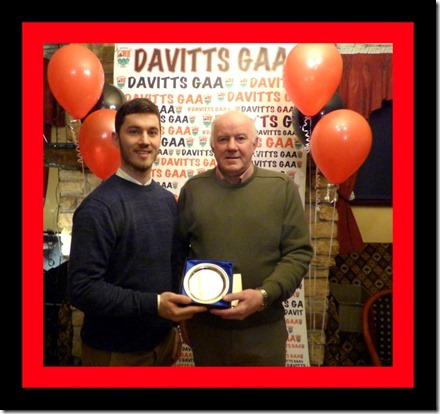 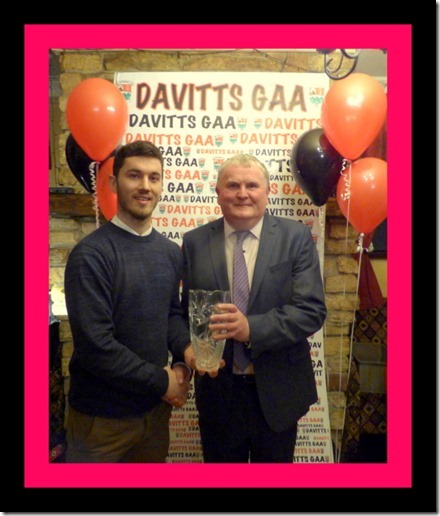 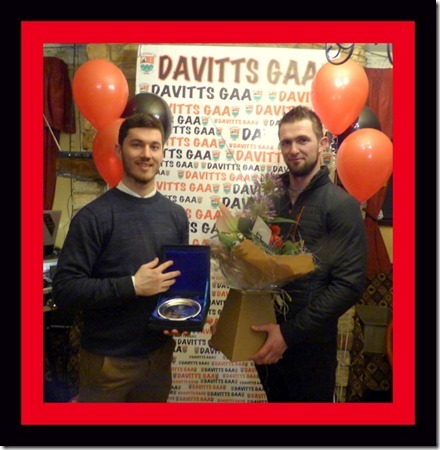 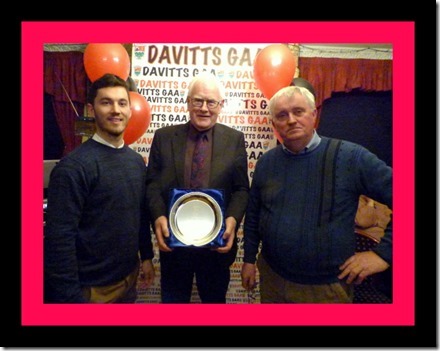 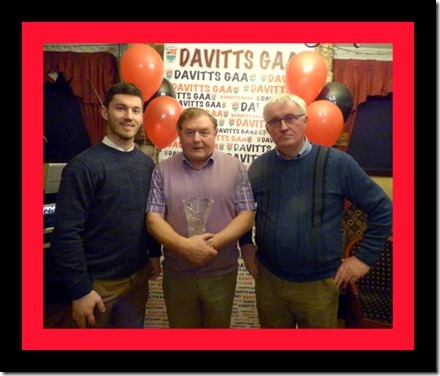 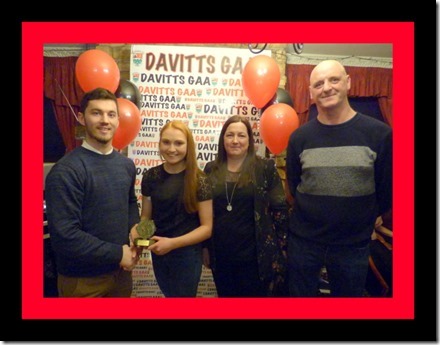 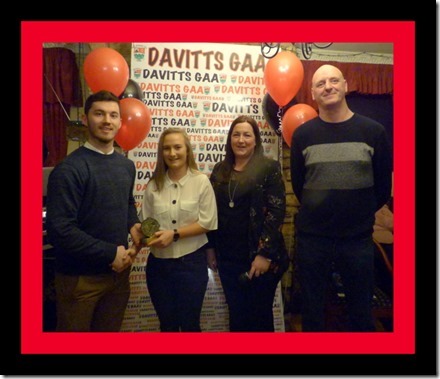 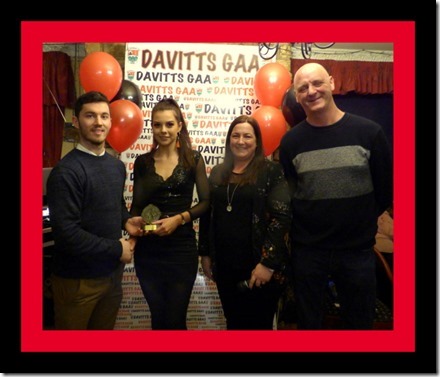 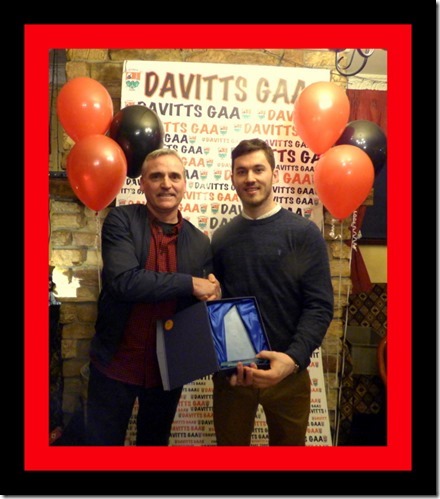 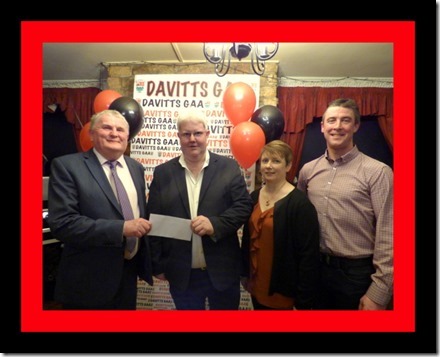 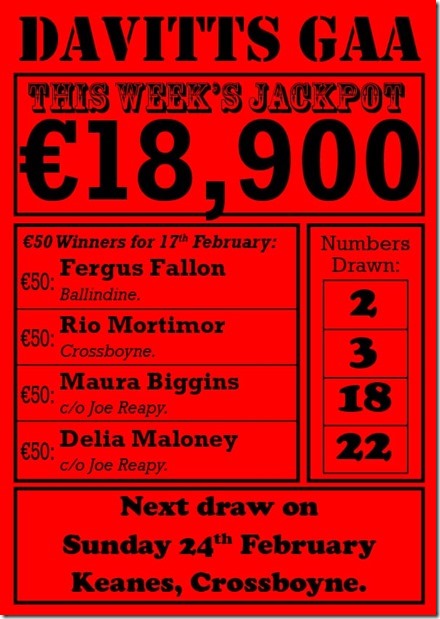 Davitts travelled to Garrymore on Sunday for the opening game of the O Mara Cup but the homeside proved too strong and won by 2-11 to 0-6.

Garrymore played with the aid of the stiff wind in the opening half and raced into an early lead, scoring 1-2 in the first eight minutes. Davitts settled somewhat after this and two pointed frees from Ronan McNamara and Josh Ronayne narrowed the deficit but Garry pushed on and added three further points before the break to lead by 1-5 to 0-2 at halftime.

Garrymore started the second half in devastating fashion and added four unanswered points in the opening ten minutes to really knock the stuffing out of the visitors. While Davitts enjoyed plenty of possession they found it extremely difficult to penetrate an impressive Garrymore backline. Ronan McNamara landed a long range free and the same player looked poised to goal from play but his shot screwed off his boot and went wide. Garrymore goaled again and fired over three points to add to their tally before Davitts ‘new lad’ Darragh McGale scored a classy point, his side’s only score from play and Ronan McNamara nailed two more trademark free kicks before the final whistle sounded.

Davitts Treasurer Michael Waldron and Assistant Treasurer John A Noone receiving a cheque from Laura Waldron, Claremorris Credit Union, for the purchase of an advertising sign at Davitt Park 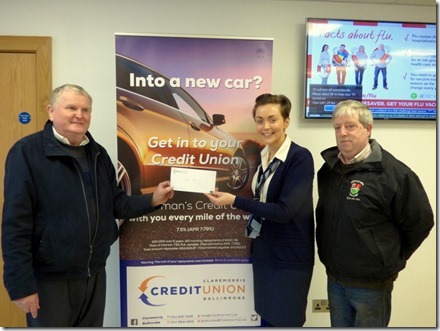