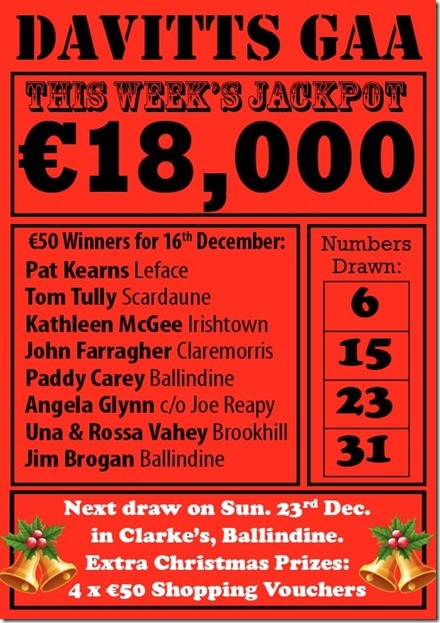 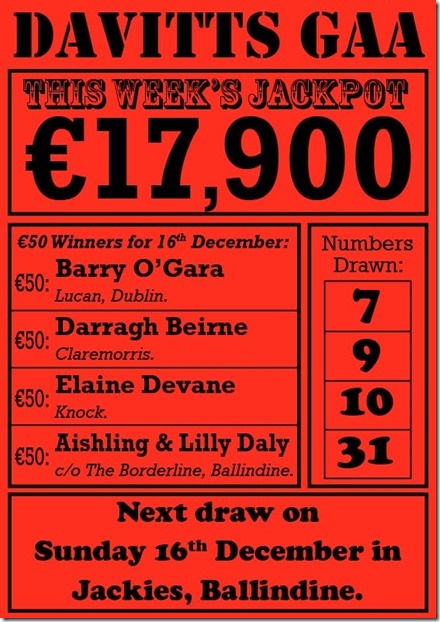 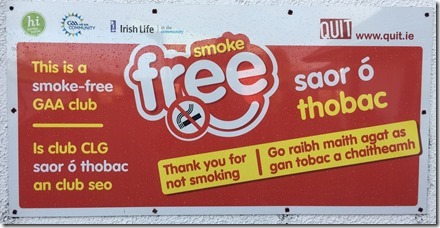 Davitts GAA Club are following in the footsteps of other GAA Clubs in becoming a Smoke Free Club from 1st January 2019, thanks to funding received through the GAA’s Healthy Club Project in partnership with Irish Life.

Davitts GAA club is one of 150 clubs nationwide selected to participate in the GAA’s Healthy Club Project across the 32 counties. The Healthy Club Project is supported by Healthy Ireland, the HSE, the National Office for Suicide Prevention and Irish Life. The award-winning project aims to transform clubs into hubs for health in their communities. The GAA already makes a significant contribution to the health of the population through the promotion and provision of Gaelic Games. Participating Healthy Clubs seek to expand their positive influence beyond the playing field by implementing policies, partnerships, and programmes designed to support the physical, emotional, and social wellbeing of their communities.

To date, Davitts GAA Club have held walking events and hosted club talks on the importance of Healthy Eating, Physical Activity, Mental Health, Yoga and Mindfulness, as well as Cardiac Screening for both club members and the wider community. Over the next 12 months they hope to further their plans to achieve Healthy Club status from the GAA by training a number of their committee members, trainers and coaches in CPR and AED use.

Speaking about becoming a Smoke Free Club, Dr. Catherine Sweeney, General Practitioner and Healthy Club Officer with Davitts GAA club explains “The GAA wish to facilitate improving the physical, mental and social wellbeing of the communities they serve through the Healthy Club Project. As part of this project, the GAA recognises the importance of their clubs and grounds becoming Smoke Free in protecting both players, management and supporters from the hazardous effects of tobacco smoke and also role modelling healthy behaviour to the underage members of our organisation. The risks of smoking are well known and well publicised and our committee recognises that we must play our part in reducing this risk to our members and visitors to our grounds.”

An impressive Burrishoole team made light of the atrocious weather conditions to brush Davitts aside and advance in this County U-21 B quarter-final. The heavy underfoot conditions and the driving wind and rain in Newport on Saturday made it difficult to play good football but the homeside played well, particularly in the second half, to advance to next week’s semi-final.

Davitts opened the scoring in the second minute with a neat Evan Ronane point. Burrishoole’s imposing midfielder David Hanley equalised in the 11th minute. Colin Guilfoyle and Sean Hanley pointed in the 17th and 18th minutes to put the homeside two points ahead before Niall Kearns pulled a point back for Davitts in the twentieth minute, a point that would be his team’s last score of the game.

Further points from Sean Hanley (2) and Pat Chambers left Burrishoole ahead by 0-6 to 0-2 at the break.

The homeside started the second half in whirlwind fashion as Fintan McMenamon began to terrorise the Davitts defence. He goaled in the first minute and kicked four good points in the next fifteen minutes. Pat Chambers also added his second point of the match in this period as Burrishoole began to dominate all over the field. The only score in the final quarter was a Sean Hanley goal as his side cruised into the semi-final.

Niall Kearns, Dmitry Trench and Patrick Keadin played their hearts out for Davitts. 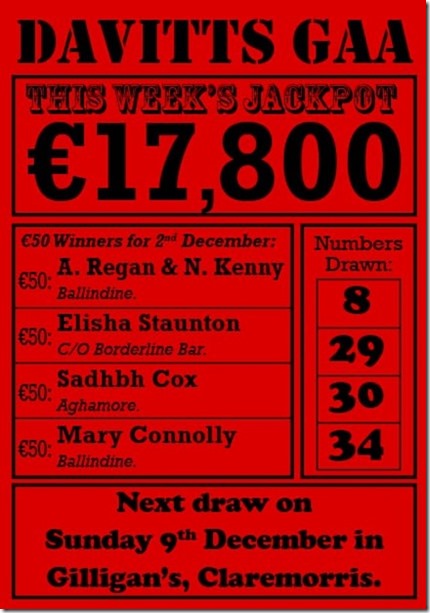 There was an excellent attendance at Davitts AGM held in the Clubhouse on Saturday evening. The Club would like to thank everyone that made the effort to attend as it is very encouraging to see such a large turnout. There were warm tributes for the out-going Chairperson Frank Hyland and Secretary Darina Daly who stepped down from their roles. They were replaced by Mark Diskin and Michelle Devine. The following Officers were elected:

Joe Reapy to Receive Club Stars ‘Volunteer of the Year’ 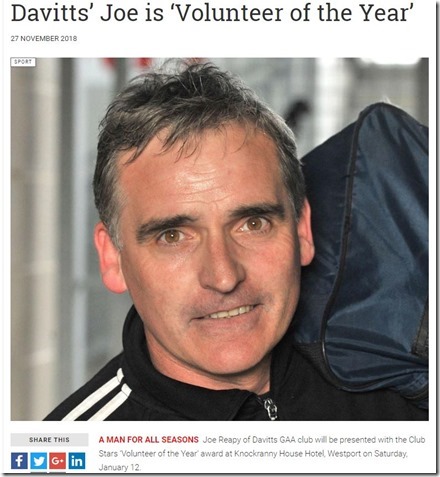 Mayo U-21 B Championship Quarter-Final: