Davitts Junior side got off to a flying start in the South Mayo Championship with an impressive 5-13 to 0-10 victory over Shrule Glencorrib in Ballindine on Wednesday evening.

Davitts led by 1-7 to 0-4 at the break with Liam Kearns the goalscorer, finishing off a fine move involving Sean Waldron, Richie Kilkenny and Seamus Roche.

Davitts took over in the second half and two further goals from Liam Kearns and two more from his first cousin Niall Kearns put the game beyond the visitors reach.

This was a game where all of the players and subs played very well and it was a real team performance. 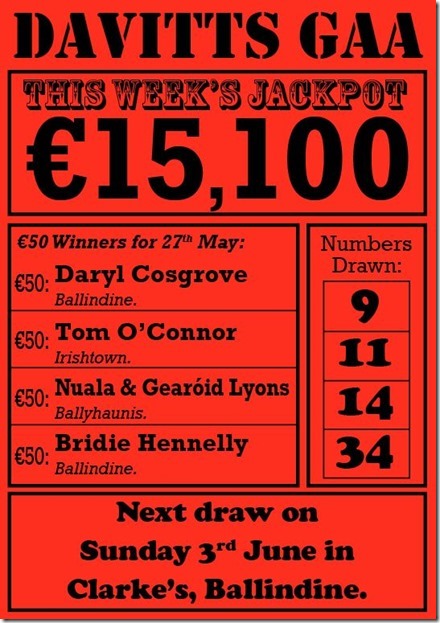 Fixtures for Week Commencing 28th May 2018

On Sunday the Junior team were well beaten in Div 4 of the league by Ballina in Ballina. The final score was 4-17 to 2-8 as the Ballina forwardline displayed tremendous accuracy throughout. Davitts had trailed by 2-7 to 0-4 at the break. Their cause was not helped by a nasty eye injury to full back John Costello who had to be replaced after twenty five minutes. Davitts goalscorers were Donie Ronayne and Seamus Roche.

Davitts Seniors travelled to Glencorrib on Saturday evening to face Shrule Glencorrib in Div 2 of the league but were defeated, 2-10 to 0-11, after a very disappointing performance.

The concession of two first half goals left Davitts chasing the game as the home side registered their first win in the league. Shrule Glencorrib led by 2-6 to 0-5 at the break with Thomas Waldron, Paul Carey and Evan Ronane (3) the Davitts scorers.

The second half of the game was stop start throughout with Davitts unable to get into any sort of a rhythm. Evan Ronane (5) and Josh Ronayne added points but the homeside held on comfortably to win by five points.

Davitts Minors were defeated, 2-19 to 3-12, by Mayo Gaels in Div 2A of the League after a fine open game of football played in Ballindine on Friday evening.

The wind assisted Gaels got off to a flying start scoring an unanswered 1-4 in the opening eight minutes. Davitts were unlucky not to goal on two occasions in that period when Stephen Nyland narrowly shot wide after he had made two incisive runs. When Davitts did settle down they took the game to the visitors and points from Zack Keadin (2), Stephen Nyland (3), Dean Moran, Jack Devane (2) and Cian Naughton and a superb goal from Cian Naughton saw them traill by 1-11 to 1-9 at halftime.

The turning point of the game came in the 4th minute of the second half as Cian Naughton bagged his second goal to put Davitts ahead. This goal came after a storming sixty metre run by Stephen Nyland, the best player on the pitch up to this stage, but it also ended his involvement as he suffered a nasty ankle injury in the process. The game was nip and tuck for the next fifteen minutes before Mayo Gaels pulled away in the final quarter. The Gaels scored freely in that final quarter with Davitts replies coming from Cian Naughton (0-2), Dean Moran (0-1) and a clever goal from sub Niall Treacy. 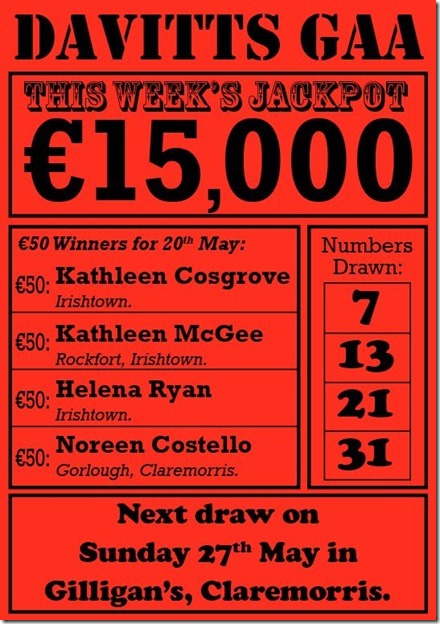 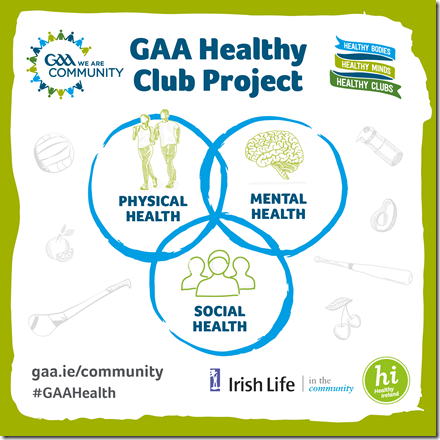 Davitts minors took on Carras in Div 2A of the County League on Friday evening in Garrymore but were well beaten by 3-16 to 2-11. After a slow start Davitts got into the game well and led at half time by 1-7 to 0-6 with the full forward line of Zack Keadin, Stephen Nyland and Jack Devane looking very threatening. Stephen Nyland (1-4), Jack Devane (0-2) and Cian Naughton (0-1) were the Davitts scorers in the first half.

Carras however, took complete control of the game in the second half and the Garrymore/Kilmaine outfit played some superb football. Davitts managed points from Stephen Nyland (2), James Ruane and Jack Devane while Carras scored freely and a fine goal from Cian Naughton came much too late to have any effect on the outcome.

Davitts hosted Hollymount Carramore in the County Junior B Championship on Sunday with a late goal giving the visitors a 2-6 to 0-10 victory. Davitts had led from the start of the game but poor shooting meant they never led by more than three points and Hollymount Carramore took the advantage at the death.

Davitts raced into a 0-4 to 0-0 lead with early points from Dara O Flaherty (2) and Liam Kearns (2). A goal against the run of play gave the visitors hope but two more points from Liam Kearns gave the homeside a 0-6 to 1-2 lead at the break. While the quality of the game wasn’t top class, the commitment of both sets of players could not be faulted in the greasy conditions.

In a low scoring second half both teams had scored three points each, Donal Ronayne (2) and Liam Kearns on the mark for Davitts, as the match entered it final minutes. Hollycarra struck for a goal as time ran out to take the lead for the first time in the match. Dara O Flaherty pointed for the homeside but the visitors pointed again before the end to claim the spoils.