Davitts Senior Team, under new manager Tom Newell, got their season off to a winning start with a good 3-11 to 1-4 victory over The Neale in Cong, in the O Mara Cup, on Sunday morning.

After dominating the opening ten minutes, Davitts found themselves trailing the homeside by three points. The Neale goaled from their first attack after Davitts had hit some poor wides but once they did find the range they took control of the game, with midfielder and team captain Josh Ronayne in superb form. The visitors pointed through Aidan McTigue and Shane Treacy and the former scored their first goal after a move involving Keith Prendergast, Josh Ronayne and Shane Treacy. Keith Prendergast and Ronan McNamara added two more goals with Keith Prendergast, Shane Treacy, Aidan McTigue and Cathal Higgins all pointing before the break to leave Davitts ahead by 3-6 to 1-2 at half time.

The Neale got more into the game after the break but found the Davitts defence in a particularly mean mood. The Neale hit two points to narrow the deficit as Davitts lowered their intensity in the third quarter but points by Aidan McTigue, Liam Noone and four from Josh Ronayne saw Davitts finish the game out well for a pleasing start to the season. 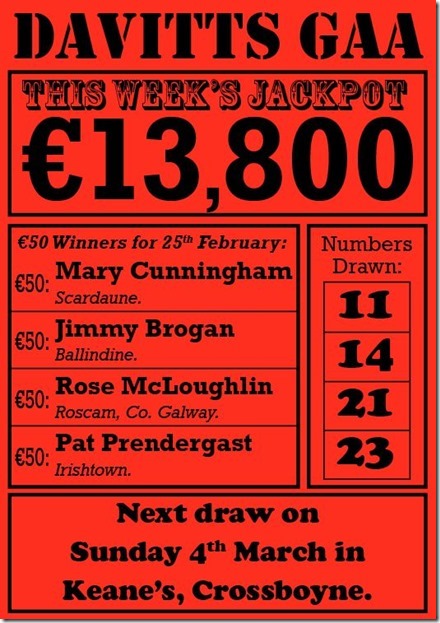 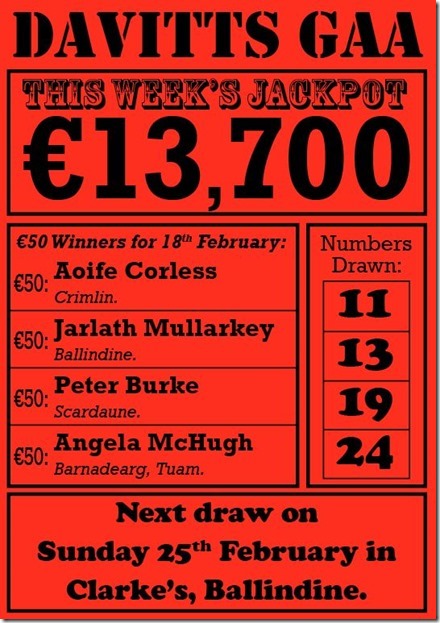 At last night’s County Board Meeting it was confirmed that Davitts were once again the top selling Club in Mayo for the Croke Park National Draw tickets, closely followed by our neighbours Claremorris. Well done to both Clubs.

A big thank you to our Sellers and more importantly, to our wonderful supporters whose generosity is so greatly appreciated… 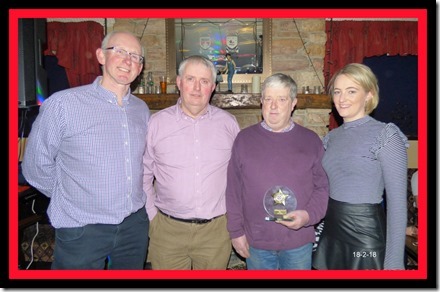 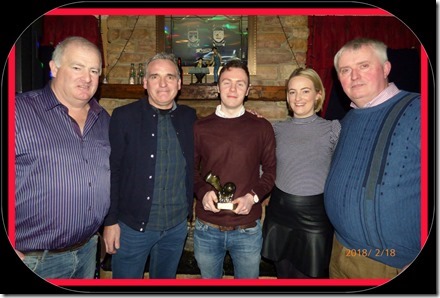 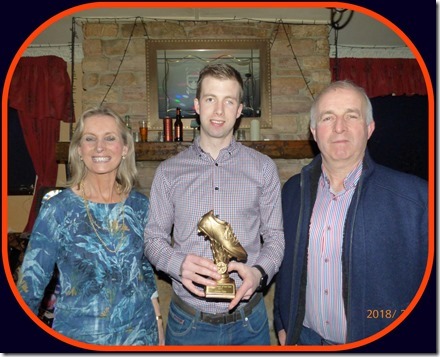 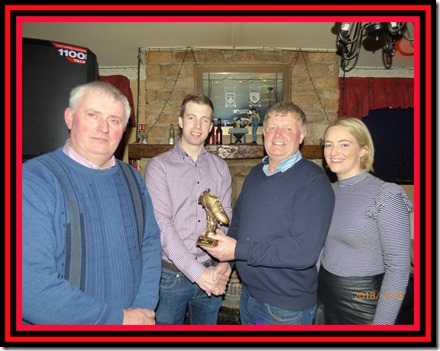 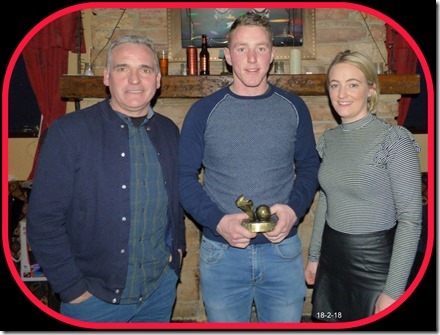 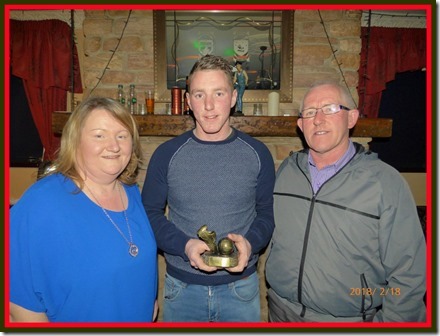 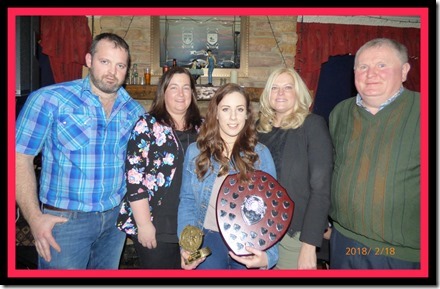 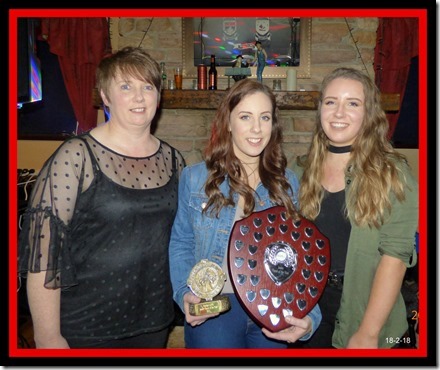 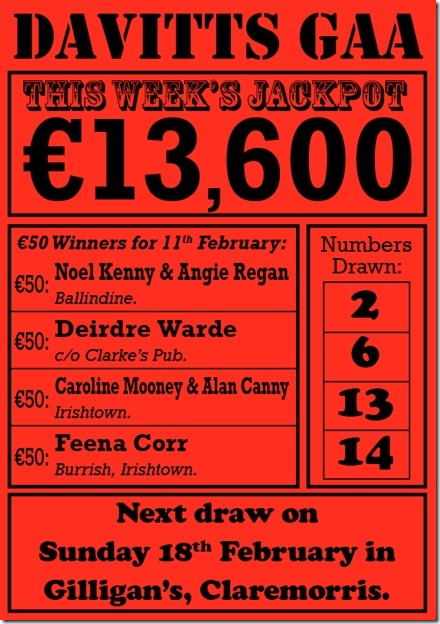 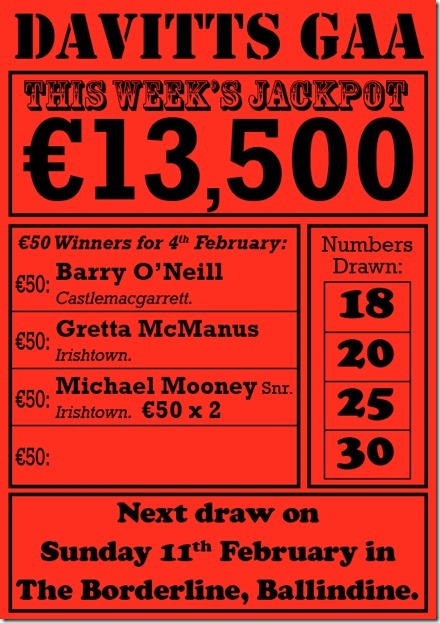 Davitts GAA Club will hold an Awards Night on Saturday February 17th in The Borderline, Ballindine. The Senior, Junior and U-21 Player of the Year winners for 2017, as well as the Club person of the Year and the latest addition to the Hall of Fame will all be presented with their awards. The proceedings get underway at 9pm.