Claremorris visited Ballindine for the second time in three days, this time in the South Mayo Junior Championship, and in the end won the game decisively by 0-13 to 2-2. Davitts actually looked the better side in the first half and goals from burly full forward Luke Ronayne and another from the hugely talented Andrew Peters had helped the homeside to a 2-1 to 0-4 lead at the break, Peters also shooting the point.

Claremorris assumed control of the game in the second half and they tagged on a number of good points with Davitts only reply coming from the boot of Clive Hennigan.

Davitts return to Senior Championship football proved to be very disappointing, being beaten by a much hungrier looking Claremorris side in Ballindine on Sunday in front of a huge crowd. Claremorris had raced into a 1-7 to 0-4 lead at halftime, dominating around midfield, the crucial goal coming in the 17th minute through the impressive James Shaughnessy. Davitts cause was not helped by the early withdrawl of experienced defender Alan Roche with a hamstring injury although his replacement Michael Waldron had an excellent game. Davitts had kept in touch with two fine points from Josh Ronayne, one from Michael Conroy and a sideline kick from captain Ronan McNamara.

Claremorris extended their lead two minutes into the second half to seven points before Davitts finally came to life. Points by Ronayne (2), McNamara, Conroy and Keith Prendergast narrowed the gap to two points with eight minutes remaining setting up a grandstand finish. Claremorris finished the better however and points by Shane Prendergast and Shaughnessy sealed a deserved win.

This weeks Presto proceeds go to the Bord ná n-Óg…

Your continued support for the Presto is greatly appreciated! 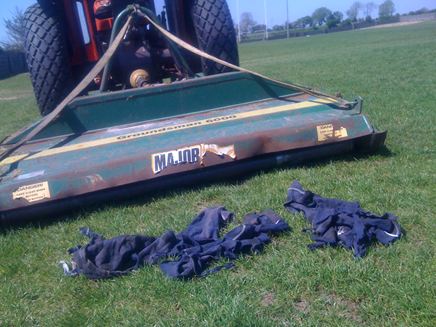 The first casualty at Davitt Park on Mayo Senior Championship weekend was a jumper belonging to Davitts Head Groundsman and Assistant Treasurer, John A Noone. A number of Committee members and supporters had gathered at the pitch to give the place a general tidy up on the Eve of the big match against Claremorris. Due to the soaring temperatures, John A had taken his jumper off and left it neatly in a corner of the ground, when it was run over by Treasurer Billy “Shredder” Kearns as he attempted to mow the pitch. Billy’s driving in grassy areas is usually poor according to his regular golf partner Laurence Daly. The jumper (a delightful Ralph Lauren creation) didn’t stand a chance and unfortunately ended up in a wheelie bin. Chairman Frank Hyland was too shocked to talk about the incident while Secretary Ronan Kirrane was in bits (like the jumper) and he too refused to comment. Meanwhile, it is reported that Billy has been suspended indefinitely from all mowing duties. 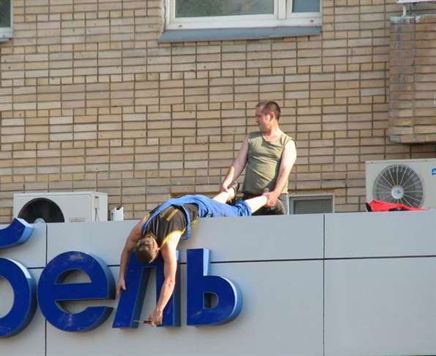 Volunteers are needed this Saturday (26th May) at 10am for some preparatory work on the grounds ahead of the Senior Championship clash with Claremorris. There’ll be plenty of tasks for people to do, so everyone will be welcome! Anybody that could bring along lawnmowers, strimmers, paint brushes, bins etc. would also be much appreciated. 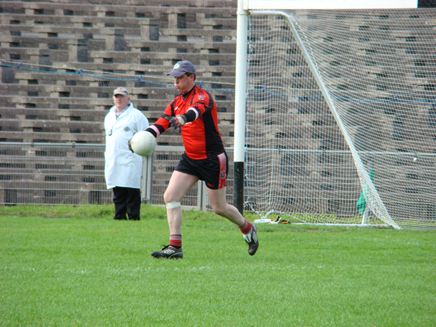 Where do we start with this fella? A tremendous servant for the club for decades, Disco made his name a top midfielder. After a break (retirement) from first team football, Mark was coaxed back by Pete Warren last year and re-invented himself as a commanding goalkeeper. Had a tremendous season last year during Davitts successful championship run with his experience being used to great effect and he improved as a goalie with every game. Coaxed out of retirement again this season by the persuasive management team and will be a vital cog as Davitts attempt to consolidate their senior status. A black belt in Karaoke, who present could ever forget his duet with John Treacy as they butchered the classic “Spirit In The Sky” in the Borderline many years ago? (leave the Karaoke to the experts boys!!).

Davitts minor team turned on the style against Ballinrobe in Ballindine on Monday evening, winning by 2-14 to 1-8. Davitts played some breathtaking football with the slick forward line linking well and Andrew Peters and Michael Clarke in sensational form. Sean Waldron and William Freeley were very impressive at midfield while all the backs defended as if their lives depended on it. Davitts playing into the wind had led by 1-5 to 0-7 at half time the goal a brilliant individual effort by Peters.

Davitts stepped up a gear in the second half and the Ballinrobe boys, although fighting hard, could never match the pace and intensity of the home sides play. Clarke, Liam Noone and Thomas Waldron scored some fine points and it was Peters who scored the second goal with ten minutes remaining, with another top class finish.

The Mc’s shine for Mayo Juniors

Congratulations to Ronan McNamara and Aidan McTigue who played major roles in Mayo’s victory over Galway in the Connaught Junior football final in Hyde Park on Sunday. Ronan captained the side and led from the front bagging three long range frees and the Man Of The Match award while Aidan was a menacing corner forward scoring a super goal and two points while putting in his usual energetic display. Hopefully both players will carry their good form into the Senior Championship clash with Claremorris on Sunday. 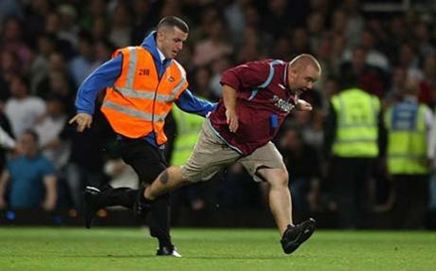 Please be at the pitch at least an hour before throw-in. Bibs can be collected from Ronan Kirrane. Only the committee members listed above can act as Stewards on the day. Please do not request to be a Steward if you are not listed, as refusal often offends.

Davitts and Castlebar served up a cracking game for the large attendance that watched this Senior League Division 1A tie in Ballindine on Friday evening. After three rounds of the league and producing three fine performances, Davitts remain pointless, but of more concern to manager Pete Warren would be the injuries picked up by Alan Roche, Paul Carey, Ronan McNamara, James Cummins and Aidan McTigue in the second half of this game.

The first half was tit for tat with the Mitchells going in a point up at the break, 0-7 to 0-6. Davitts scores in this half came from Aidan McTigue and five beauties from Michael Conroy, the outstanding player in the game. Davitts were doing well at midfield through Ronan McNamara and Keith Prendergast while the defence was superb, led by the excellent Alan Roche.

Davitts introduced Paul Carey for the second half and he made an immediate impact, creating the first score for Conroy and scoring a monster point himself in the 3rd minute to put the homeside in front. The injuries to Roche, McNamara and Carey seemed to unsettle Davitts and the Mitchells, sensing blood, rattled off seven unanswered points between the 12th and 22nd minutes to race into a six point lead.

Davitts refused to die however and finished the game strongly, shooting the last four points through Colm Boyle and three more from man of the match Conroy.

Davitts next game is the Championship encounter with neighbours Claremorris, next Sunday at 4pm in Ballindine. Davitts physio Olive Treacy is facing a very busy week!