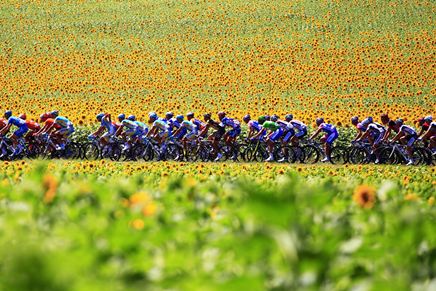 Davitts GAA Club, after a hugely successful footballing year, have launched a major fundraising drive (well cycle actually). The senior squad and some committee members will embark on a 50 km sponsored cycle on St. Stephens Day, from Ballindine to Kilkelly and back, in order to raise funds for our All Ireland Intermediate Championship campaign. Connaught champions Davitts will play the Leinster champions, either Confey from Kildare or Eire Og from Wicklow, in the All Ireland semi-final, with January 22nd the likely date. The winners will then play the All Ireland final in Croke Park in February.

This group of players have brought so much pride to the Ballindine/Irishtown area in winning the Mayo and Connaught titles and they are not finished yet. In these very difficult economic times, all sponsorship will be greatly appreciated, from any corner of the globe.

The club would like to thank every body who supports our Presto Lotto draw each week and also the annual County Board draw. Without this source of income our club could not survive. A special thank you to our on-line players who, however far away from home they may be, are playing their part in our club’s success.

Davitts opponents in the AIB All Ireland Intermediate Semi Final will be decided on 4th December when Wicklow Champions Eire Og Greystones take the Kildare Champions Confey in the Leinster decider.

The Karaoke King of Davitts… 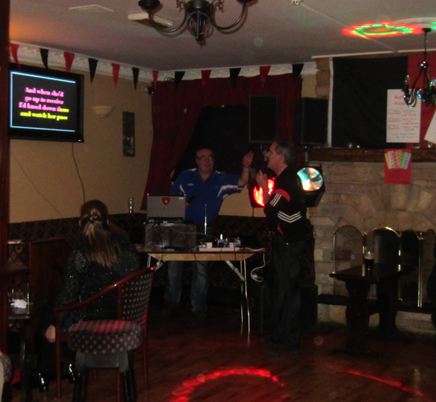 Joe Reapy, the Karaoke King of Davitts seduces the crowd in The Borderline last Saturday night with his lilting melodies. Many of the informed crowd were said to be very impressed with his ‘Castrato’ version of YMCA. Good man Joe!

A big thank you goes out to the individual who supplied this photo – you know who you are! 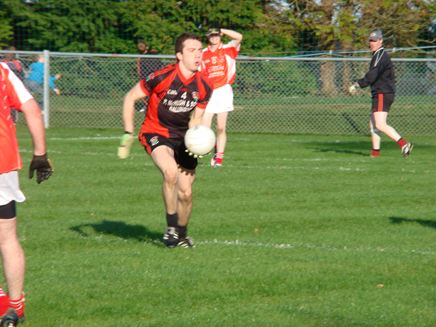 Davitts were crowned the intermediate kings of Connaught on Saturday in Kiltoom and rewrote the history books with a superb display of football that will forever be remembered by their huge crowd of passionate supporters, who played their part on this momentous day for the club.

Davitts started brightly and early points from the magnificent full forwardline trio of Aidan McTigue, Fergal McGrath and Michael Conroy settled the nerves as Davitts dominated the opening twenty minutes of this game. Further points from Conroy, Johnno Clarke and a Paul Carey special had the Mayo champions ahead by 0-7 to 0-3 with ten minutes remaining in the first half but then the Davitts lads seemed to switch off as Pearses rattled off four unanswered points to level the game. Team captain Conroy put Davitts in front with an excellent line ball, the last kick of a great first half, to leave his side ahead, 0-8 to 0-7 at halftime.

The second half of this game belonged to Davitts who completely took over after the first ten minutes of the half. The magnificent midfield partnership of Paul Carey and Ronan McNamara took over this sector and the defence, now bolstered by the experienced Alan Roche, snuffed out any threat to Mark Diskin’s goal. Points by Conroy (2), McGrath and McTigue had Davitts ahead by 0-12 to 0-8 when Ronan McNamara’s well struck 45 deceived the Pearses defence and ended up in the net to send the massive travelling support into dreamland, knowing that there was absolutely no way back for the Roscommon champions, with only eight minutes remaining. It was fitting that Conroy scored the last point, a 30 metre free kick after he was fouled, to seal the issue.

This was a day when Davitts had 19 stars on the pitch. Mark Diskin was assured in goals, marshalling his defence superbly. Colm Roche, Frankie Barrett and the outstanding Kevin “Diego” Gallagher (pictured) formed an impressive full back line while Alan Roche was excellent when introduced early in the second half, using his strength and experience to great effect. In the half back line Colm Boyle had another wonderful game ably supported by Johnno Clarke and James Cummins. Ronan McNamara and Paul Carey dominated midfield for most of the game and either could have been named man of the match. Pat Coyne had probably his best game for the club at wing forward while Dave McDonagh and Keith Prendergast completed a hard working half forward line. Aidan McTigue and Fergal McGrath were superb up front but Michael Conroy, the official man of the match, showed yet again why he is rated by most people as the best forward in Mayo, with a breathtaking display. Keith Glynn was very impressive when introduced early in the second half, while Carlos O Gara and Liam Kearns both played their parts in this famous win.

A huge thank you to team the management team of John Treacy, Ja Trench and our magnificent leader Peter Warren who has shown us all that dreams really can come true.

The club will celebrate this wonderful year’s achievements at the Dinner Dance which will be held in the McWilliam Park Hotel, Claremorris on January 6th. The All-Ireland semi-final against the Leinster champions will take place at the end of January. 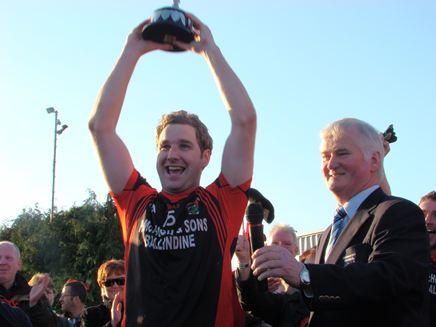 Davitts comprehensively defeated Roscommon Champions – Padraig Pearses – in a stunning display of determination, grit and skill to become the Connaught Intermediate Champions in Kiltoom today. Full match report to follow tomorrow, plus a selection of images from the game. C’MON THE DAVITTS!!!

Even the President Elect is jumping on the Davitts bandwagon… 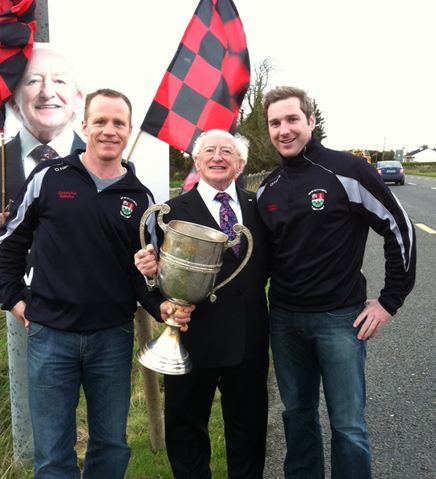 Davitts senior team will play the Roscommon Intermediate champions Padraig Pearses in the Connaught Intermediate final in Kiltoom on Saturday, Nov 5th at 2pm. Kiltoom (St. Brigids GAA Club) is located about five miles from Athlone on the Roscommon road, next left turn past the blue sign for Athlone Driving Range.

Following the epic victories over Burrishoole in the Mayo final and Melvin Gaels of Leitrim in the Connaught semi final, Davitts are one step away from an historic provincial victory. Once again a mass exodus from Ballindine and Irishtown is assured and Kiltoom will be engulfed with the black and red tsunami. The support this team is attracting is incredible and is the talk of the province, so lets get behind Peter, John, Ja and our brilliant squad. Once again a big thank you to members of our neighbouring clubs for your much appreciated support.

Finally, Davitts GAA Club would like to thank the President Elect Michael D Higgins for taking the time out of his hectic schedule recently to stop off in Ballindine and meet with Davitts Captain Michael Conroy and nephew (in-law) Pat Coyne. Michael D’s roadside campaign poster situated near the Ballindine Graveyard has raised many eyebrows over the last few weeks, but as this photograph proves, Michael D is all too happy to be associated with the boys in black and red!