On Sunday morning the junior team played Cortoon Shamrocks in a very entertaining challenge match in Ballindine, and won by 1-13 to 1-6. Cortoon led by 1-5 to 0-6 at half time but the home side dominated the second half, driven on by the impressive Tommy Mitchell at midfield. The Davitts goal came with ten minutes remaining and was finished by Pat Hopkins, in superb fashion, to the delight of the home supporters. Davitts had their best performers in Luke and Michael Ronayne, David Ryan, Colm Boyle (making a guest appearance for the team), Colm Roche, Tommy Mitchell, Kieran Mooney and Kevin Daly.

On Sunday evening the minor team were defeated in their opening league match away to Ardmoy. This was a very well contested game between two evenly matched sides, the home side winning on a 1-8 to 0-10 scoreline. Davitts best players in this game were Donal and Mark Ronayne, the outstanding Gerard McWalter, Michael and Tommy Waldron, county minor Josh Ronayne and Thomas Heneghan.

On Saturday evening the U-16 team defeated St. Gerards by eight points and the U-14’s defeated Eastern Gaels in challenge matches.

Davitts travelled to Tourmakeady on Saturday, and defeated the homeside by 0-13 to 0-10, in the secondary league. In the first half Davitts played some excellent football with corner forward Michael Conroy particularly impressive, and led by 0-8 to 0-2 at the interval. Tourmakeady responded in the second half, as they usually do, to ensure that Davitts didn’t get things all their own way, but Davitts were in no mood to relinquish their lead with James Cummins, Colm Boyle, Paddy Kirrane, Paul Carey, Keith Glynn, Richie Kilkenny, Keith Prendergast Liam Kearns and Aidan McTigue in unstoppable form, to earn another two points in this competition.

On Saturday evening the intermediate team made the long journey to Glenamoy a profitable one, defeating Kilcommin by 1-16 to 0-10 in the secondary league. Davitts were on top throughout the game, with the outstanding Keith Glynn orchestrating matters from midfield, and led by 0-7 to 0-5 at halftime. Davitts pulled away from their hosts in the second half, with the forwardline looking very lively, to secure the two points.

The Davitts goal came with five minutes remaining with young sub Michael Waldron and Michael Conroy linking up effectively before Waldron’s goal effort was superbly saved by Fintan Ruddy, but Aidan McTigue reacted quickest to fist the rebound to the Kilcommin net, to ensure the two league points were heading

The Junior team played an entertaining challenge match with neighbours Milltown in Ballindine on St Patricks Day, and were defeated 0-11 to 2-4. This was a very useful workout for both teams with Paddy Kirrane, Martin Cosgrove, James Cummins, Richie Kilkenny, Kieran Mooney and Mark Diskin (yes, he is still playing), in top form for Davitts. Brendan Donnelly was in outstanding form for the Milltown side.

Davitts were defeated, 0-9 to 1-5, by a very understrength Shrule Glencorrib side in the O Mara Cup in Ballindine on Saturday evening. The previous week, while defeated by Claremorris, Davitts put in a very impressive performance but on this occasion, the opposite was the case. Davitts were very disappointing against a Shrule Glencorrib side reduced to 14 players after twenty minutes, following the dismissal of Kevin Walsh, a decision that baffled supporters of both teams.

Davitts were looking good at that stage and were leading by 1-2 to 0-3 at the time, the goal coming from Fergal McGrath, after some great work by Keith Glynn, Michael Conroy and Keith Prendergast. The second half display from the homeside was probably the most frustating in years, as Davitts had plenty of possession but scored just two points in an error ridden half hour. Michael Ronayne, Jonathon Clarke, Colm Roche, James Cummins, Keith Glynn, Keith Prendergast, Fergal McGrath and sub Richie Kilkenny fought hard but a massive improvement is required if the team is to be competitive at the business end of the league and championship.

Chariman to be honoured 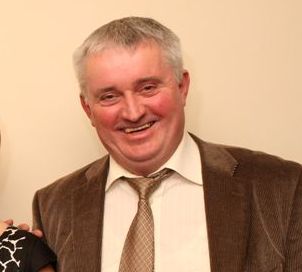 Congratulations to our chairman, Frank Hyland, who is one of the recipients of the Green and Red Trust Fund awards for 2010. These awards are given annually in recognition of long and dedicated service by individuals to their clubs, and Davitts Club is honoured by Frank’s selection this year. The awards Dinner Dance will be held in the McWilliam Park Hotel, Claremorris on Saturday March 20th at 8.30 pm and a limited number of tickets, costing €35, are available from Sean Higgins @ 086-1984588, at a subsidised rate of €20 for club members.

Davitts hosted Claremorris in the O’Mara Cup on Saturday and after dominating the exchanges for most of the game, must be wondering how they didn’t emerge victorious, Claremorris winning on a 2-8 to 0-12 scoreline. Davitts dominated this game, with Keith Glynn in superb form at midfield, and were leading by 0-7 to 0-2 going into injury time in the first half, when Claremorris were awarded a penalty, which was clinically despatched by Liam Feeley.

The second half followed on the same lines, with Davitts impressing all over the field, but not on the scoreboard, and Claremorris capitalised with a last minute goal, to accept the two O Mara Cup points generously gifted to them by the homeside.

Davitts, while gutted by the result, will be delighted with the excellent performances of the outstanding Colm Boyle, Frankie Barrett, Keith Glynn, Carlos O Gara, Keith Prendergast, Aidan McTigue and Michael Conroy, and if their forwards convert their chances, will become a potent force later on in the year.